A Belaynesh Downs-Reeve goal with eight minutes to play provided the difference-maker, giving the Black Knights a 1-0 advantage they held on to while enduring a 16-8 advantage on shots titled toward the Warriors.

Western keepers Paige Toms and Leigh Johnston combined for three saves. Sophie Lanahan unleashed eight shots on the night and Mallory Greene had another four for the Warriors, but Western simply couldn’t break through and come with an early goal or a late equalizer.

The Warriors will look to bounce back Thursday against Albemarle on the road while the Black Knights will host the Patriots Tuesday after their game with E.C. Glass later this week was postponed. 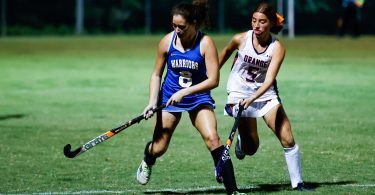