Central Virginia and the state as a whole know just how good Colby Cooke is. He’s been the area’s best kicker — with little room for debate besides his own teammate Thomas Meadows — since he was a sophomore.

The Vanderbilt commitment and reigning first team All-Group AA and All-Scrimmage Play standout was named a Parade High School All-American. He’s one of three Virginia players on the team, with fellow Group A standout Trey Edmunds out of Dan River and Briar Woods’ Alex Carter also on the team.

Cooke has been named to the under-19 U.S. National Team by USA football as well. He’ll play in the International Bowl on February 1 in Austin, Texas.

Cooke hit a 51-yard field goal in the Group A title game against Gretna, a state tournament record. He hit 17 field goals on the year and notched 40 touchbacks on 56 kickoffs.

The Chicago Tribune has the full team posted. 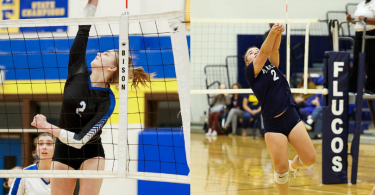