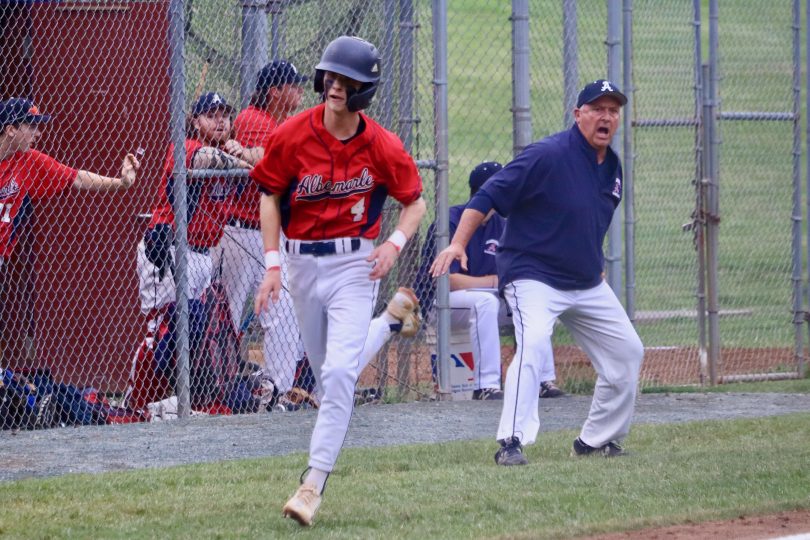 “It all started with Nick Knight going deep into a two strike count, fouling off four or five pitches and then hitting the single backside,” said Albemarle junior Jack McMullan. “Then we put five or six up in one inning based on one at bat.”

Albemarle built on Knight’s leadoff hit in the third and held on for a 7-5 victory over Massaponax that put the Patriots just one win away from a state tournament berth. They’ll play in the Region 5D semifinals Tuesday.

Knight got the Patriots going in the Region 5D quarterfinals with a single to the gap in right center and Albemarle piled up five hits in a row to eventually score five runs in the inning. Coleman followed Knight’s hit with a single that scored Knight. Adam Schantz then singled, Alex Duval reached on a single and then McMullan came to the plate. McMullan ripped a single to right and Coleman and Schantz scored easily to push the lead to 3-0. After Jason Breen reached on a hit by pitch, Gavin Cunningham struck two batters later and singled to left, scoring Breen and Ryan Bingaman who was running for McMullan.

Albemarle tacked on two more on Adam Duval’s absolute blast to deep center in the fourth, a two-run homer that scored Jake Solak.

Meanwhile, Coleman helped make sure it stood up on the mound with a strong, 4.1 inning start where he didn’t surrender an earned run and gave up just three hits and two walks.

“He gets on the mound and you notice something is different,” McMullan said. “Guys get in the box and they’re calling time more often, they’re just not comfortable in the box. He has a certain presence on the mound that’s hard to get over when you’re in the box because you feel like you’re already down 0-2 and he hasn’t even thrown a pitch yet.”

Breen stepped into a bases loaded jam in the sixth to make sure the Patriots held on to the win, allowing an unearned run before retiring the side in the sixth by inducing a popup to right and then striking out two straight batters to finish off the win.

The Patriots went 15-4 this year and split some Jefferson District clashes with Louisa County, Fluvanna County and Western Albemarle. It’s obvious that being tested so frequently has helped prepare Albemarle, as they’ve reeled off three straight postseason wins in the sub-region and now the region tournament.

“It was honestly good to have a very strong district this year because I don’t think we would be prepared to make a deep postseason run if we’d just played not as much competition,” McMullan said. “If we’d had an easier schedule we’d be having as much success in the postseason.” 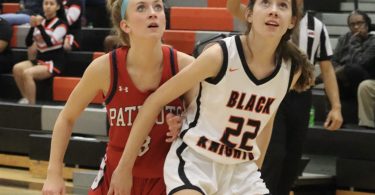