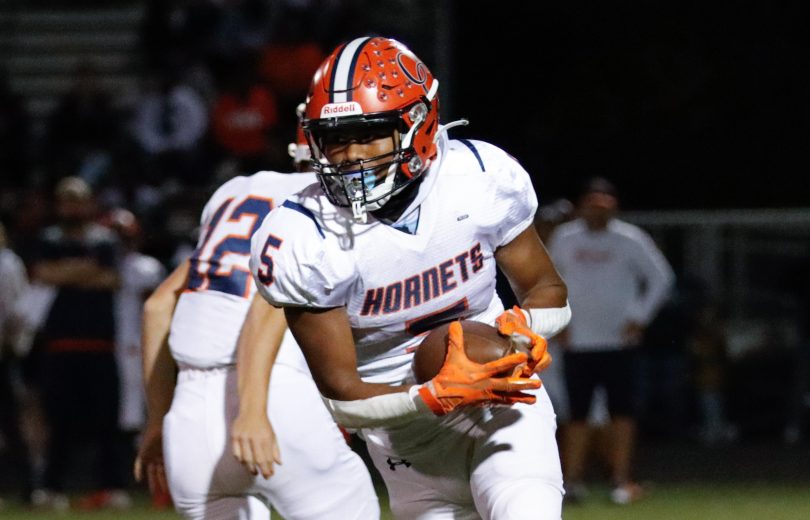 With a potential home playoff game on the line Friday night, Orange County needed a spark from somewhere on the road against Western Albemarle.

The Hornets got it from the secondary.

Orange picked off four passes with Naziere Mcintosh snagging two interceptions to help push the Hornets past the Warriors 28-7. The win secured a home playoff game for the first time in more than 20 years for the Hornets.

Derrick Payton and Darius Holmes had one interception each to round out the Hornets’ lockdown effort on the back end of the defense.

Orange cashed in on the interceptions — a couple of which came with the Hornets’ heels against the endzone — with a balanced offense. The Hornets piled up 388 yards of total offense with 153 through the air and a Christian Simpson-fueled 235 coming on the ground. Simpson rushed for 131 yards on 23 touches and Bubba Wells picked up another 59 and a touchdown on 10 carries.

Jeremiah Wharton went 10-for-13 and executed on the Warriors’ half of the field with three touchdowns. The first came late in the first quarter to Bryant Chiles, then he hit Brody Foran in the third and capped the night with his third to Simpson from 30 yards out. Wharton spread the ball in the passing game, finding seven different receivers for his 10 completions.

Chiles had a monster night defensively with 15 stops including 10 solo tackles, 5.5 TFL and two sacks.

The Warriors got a productive outing from Bubba Shifflett who scored a touchdown and rushed for 162 yards on 18 carries, but the turnover struggles in the redzone sunk the Warriors.

Both squads await their Region 4D playoff fates with Orange projected to host Amherst and Western slated to hit the road.

At many schools across the country that are outside of the sport’s hotbeds like Pennsylvania, Ohio...