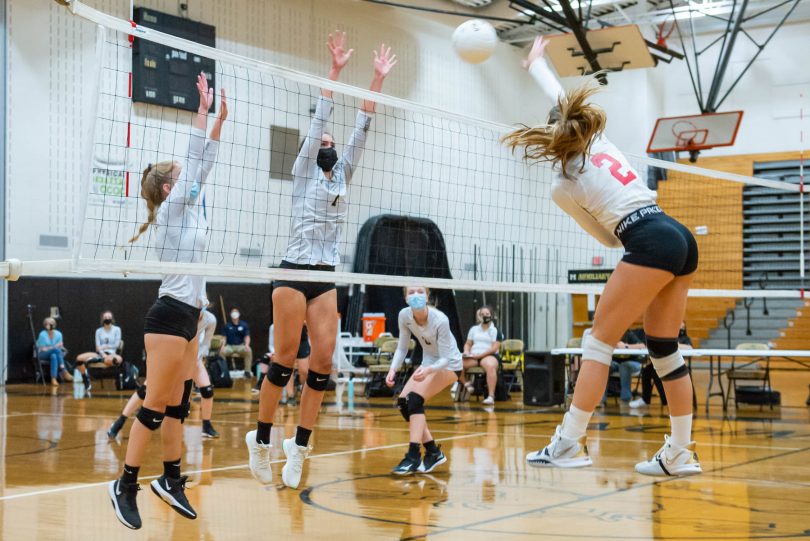 In the first district meeting between Monticello and Goochland volleyball since the Bulldogs rejoined the Jefferson District, the Mustangs wanted to make sure that they took care of business. After a rocky start, they did exactly that, taking the match 3-1 after losing the first set.

“I think after that first set we paused and collected ourselves, and realized that we were making decisions that just weren’t indicative of what we were working on, especially with the first opportunity to play Goochland we wanted to represent ourselves and play to our best ability,” said Mustangs coach Meg Laughlin.

Once the match began, the Mustangs surged out to an early 10-2 lead and seemed to be in complete control of things. But the Bulldogs fought back, taking the lead and then some. The Bulldogs actually went on to take the first set 25-19.

The Mustangs did find their energy right when they needed it most. They played a very hard-fought second game with the Bulldogs. The Bulldogs led the frame 22-20 late, but the Mustangs were able to find a way to dig out of that deficit. They fought back and took the second set 25-23, and tied the match at 1-1 thanks to huge late assists from Caroline Devine and kills from Sophie Koch. Devine ended the night with 32 assists, and Koch had two assists and nine kills.

The third set began just as competitively as the second, with both teams tied at 10 to start.  However, the Mustangs then used an 8-0 run to firmly put themselves in front, and took the set 25-18.  By that time, the Mustangs had all the momentum, and used to take the fourth and final set 25-17, and winning the match.

After this, Monticello will look to continue their winning ways at Western in a critical matchup on September 28, while Goochland will host Albemarle this Thursday the 23. 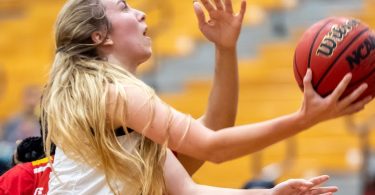