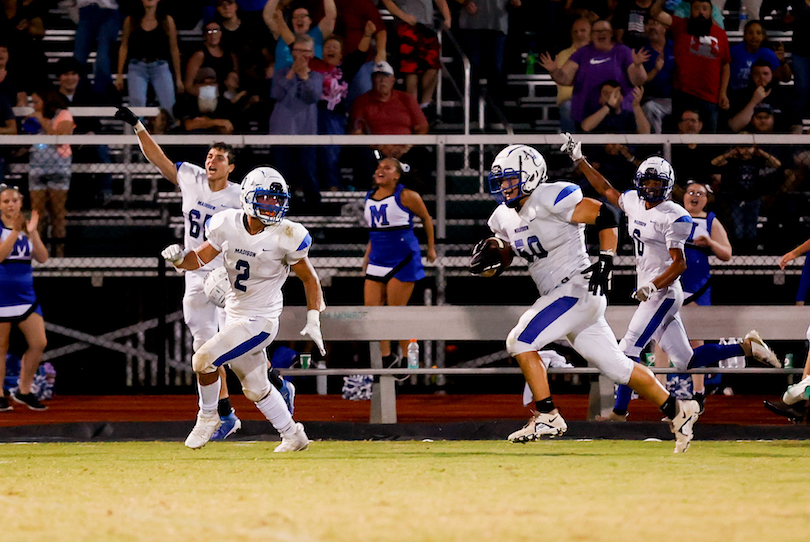 Prior to Friday’s clash with William Monroe, Madison County senior Hunter Allen had never scored a touchdown in a game.

He had also never defeated the rival Greene Dragons.

But after a wild back-and-forth affair at Martin Mooney Field, Allen was able to cross both elusive items off of his football bucket list.

The 229-pound lineman opened the fourth quarter with an 88-yard blocked-field goal return for a score, and his defense helped seal a 26-24 win over Monroe.

The victory snapped Madison’s seven-game losing streak against the Dragons.

“This is the coolest game of my entire life,” Allen said following the win. “I’ve known my coach since I was 2-3 years old, and to get his first win with Madison my senior year, it’s unimaginable.”

Friday’s game was filled with big and unusual plays by both teams, but Allen played a significant role in the game’s most bizarre moment.

William Monroe lined up for a long field goal on the opening play of the fourth quarter, but Madison’s Jordan Morris muscled his way through the line to block the kick.

A host of Mountaineers then crowded the ball, before Allen picked it up on the 12 yardline. The senior rumbled down the sidelines, and outran a host of tacklers for an 88-yard scoop-and-score.

“I saw that ball hit the ground, heard no whistle, and knew it was my time to run,” Allen said. “I had an amazing block from my teammate Corey Helmick- he basically ran the entire sideline with me, and then at the end gave me that last little block I needed to get into the end zone.”

The big-man touchdown gave Madison the lead with 11:38 remaining, and set the stage for a wild fourth quarter.

Several minutes after the blocked kick, the Greene Dragons jumped on a muffed punt to take over at midfield.

The special teams miscue by the visitors breathed new life into a Monroe squad that had barely touched the ball on offense in the second half up to that point.

Daelen Powell-Jackson capped off the drive with a 31-yard run for a touchdown to give Monroe a 24-20 lead with 7:39 left to play.

Madison quarterback Wade Fox then used his arm and legs to put the Mountaineers back on top.

Facing a third-and-long in Monroe territory, Fox found a wide-open Shamon Brown for a 19-yard gain. On the ensuing play, Fox busted through a crowded line of scrimmage for a 20-yard dash for a touchdown. 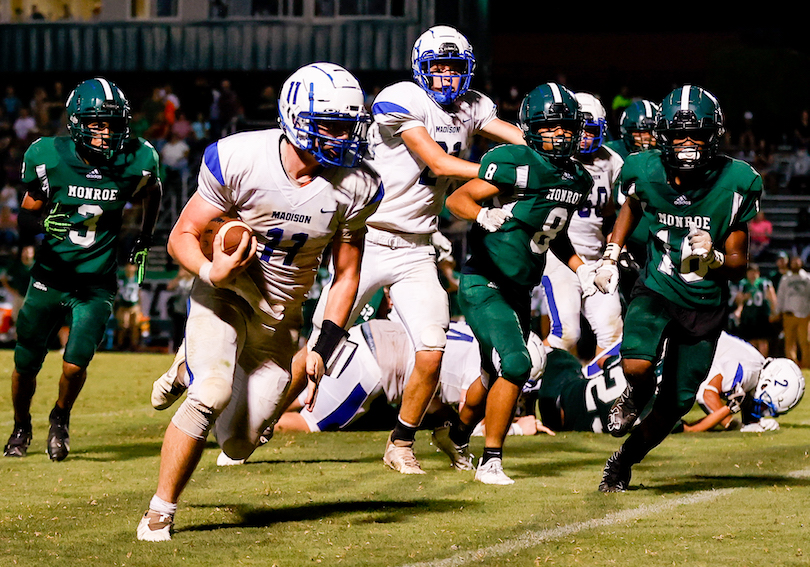 Fox’s second rushing TD marked the game’s fifth lead change, and thanks to a timely interception by Taylor Fincham with 3:15 left to play, it would be the final one of the evening.

The Mountaineers were able to run out the clock and seal Larry Helmick’s first win as head coach, and the program’s first victory since November 1, 2019.

“The hardest thing is changing a culture, especially when you take over a bunch of older kids that have had four coaches. I think that they believe and they know how to compete, but they’re still learning how to win.” Helmick said.

Fincham also had a big catch for a first down on Madison’s go-ahead touchdown drive in the fourth quarter.

The senior’s game-sealing interception was the Mountaineers’ second takeaway of the game. His pick was a standard interception by a linebacker, but the first turnover of the night was anything by normal.

Already trailing 3-0, Madison’s Shawn Curtis got beat on a deep route, but the junior atoned for his mistake by catching up with the streaking receiver and knocking the ball loose. Fortunately for Curtis, his defensive backfield mate, Jonathon Harris was right there to catch the forced fumble and record the turnover for MCHS.

Outside of a handful of big runs by Powell-Jackson and quarterback Davien Griffieth, Mountaineer defense kept the Greene Dragon offense in check for most of the night. The Dragons managed just one second-half touchdown, and came after a muffed punt and a 15-yard penalty later in the drive.

“I put all my chips in one basket- I want to stop the run, and I felt like we did a decent job,” Helmick said. “When you do that, you put your corners on an island, so they have to be tough. We’re starting to play tough and starting to play physical on defense, so that’s good.”

The fumble recovery by Harris led to Madison’s first scoring drive of the night, which Demetrius Walker capped off with a three-yard touchdown scamper.

The Mountaineers trailed by 11 at the break, but used nearly the entire third quarter to chip away at the deficit. Wade opened the second half with a 17-play scoring drive, which he finished off himself with a three-yard dive into the end zone. The drive took nine minutes and 36 seconds off of the clock.

The Dragons did most of their damage on offense towards the end of the second quarter.

Shea Jeffers took a slant 36 yards for a TD just minutes after Madison took the lead for the first time. Monroe then closed the first half with a bang when Griffieth found pay dirt from three yards out with under a minute to play in the quarter.

The Greene Dragons, who were down both their head coach and defensive coordinator could never recapture the momentum that they built late in the first half. Monroe’s lone scoring drive in the final 24 minutes of play came following the muffed punt and the defense also failed to make several stops on third-and-long.

“We’ve been dealing with adversity from the get-go. This was just one more week that we had to deal with things,” William Monroe acting head coach Mike Sizemore said. “We tried to prepare as best as we could. Our game plan was solid based off of what we were dealing with, and it was one of those things where at the end of the day, we just didn’t get it done.”

WMHS will welcome Manassas Park next Friday for homecoming, while the Mountaineers will travel to face Page County. 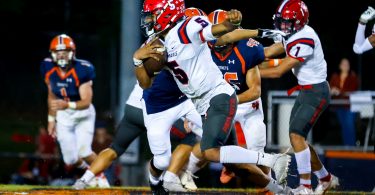 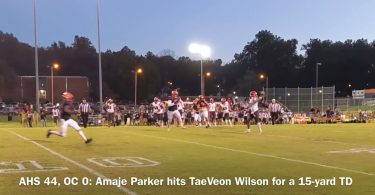