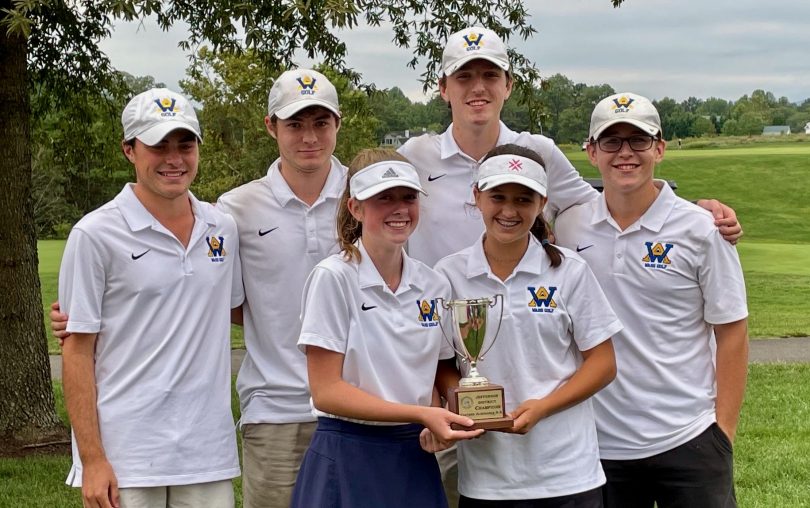 The Warriors carded a 294 as a team, with Elsie MacCleery leading the way with a 69 that was good for a tie for second place overall indiviudally with Preston Burton of Charlottesville. MacCleery was also named golfer of the year in the district. Jack Crombie finished with a 72 (fifth overall), Luke Vance posted a 75 and Sam Stoke put together a 78 to round out the top four. Addi Ritter’s 80 and Eddie Slater’s 82 would’ve also been enough to get the Warriors the win over second place Albemarle.

Doroh’s 68 set the pace for the Patriots and Hayden Cook had an 82 while Michal Wombacker finished with an 84 and Conner Mason had an 89.

Goochland took third as a team with a 330, with Luke Manno’s 72 that tied him for fifth individually. Charlottesville took fourth with Burton’s 69 setting the pace.