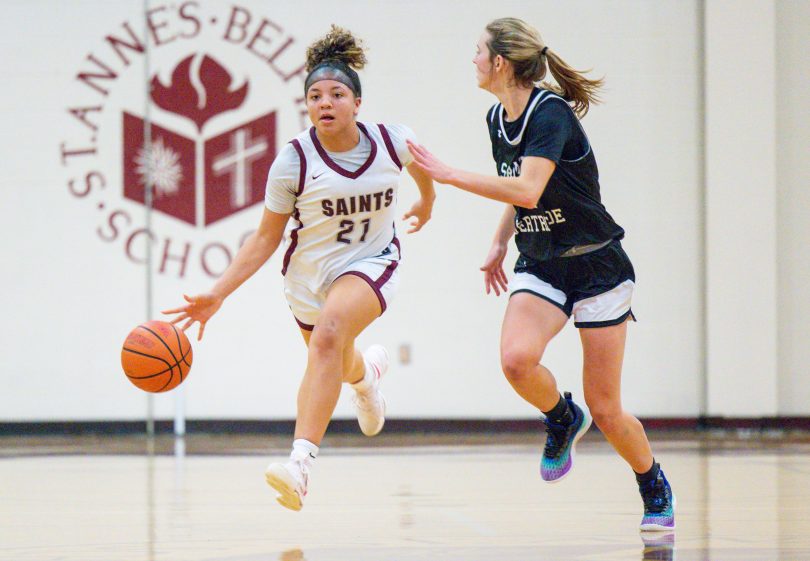 St. Anne’s-Belfield girls basketball’s defense arrived on time Wednesday afternoon. The offense was a touch behind schedule but it got going before the break too as STAB rolled to a 68-43 victory over Saint Gertrude, one of the other top threats to win the League of Indepdent Schools title.

“After this game we’re feeling really good, that was definitely one of the toughest opponents we’re going to play in our conference especially,” said STAB senior Mo Johnson. “Knocking them off always feels good.”

The Saints, now ranked No. 3 in VISAA’s Division I, started the game on a five-minute scoring drought before Maddie Rice, who finished with 15 points on the night, finally broke the ice with just under three minutes to go in the first quarter. The Saints led just 10-8 at the end of that first frame, but with Rice leading the way, extended that lead to 29-14 by halftime. STAB’s high pressure, frantic defensive style held a usually prolific Saint Gertrude group to just six points in the second quarter. Rice had 13 of her 15 in the first half.

“Even after the first quarter we were like, this is not our best game, we’ve got to pick it up,” Johnson said.

STAB (14-1) didn’t miss a beat going into the second half and poured in 22 points to assert control over the game before the fourth. Johnson, a UVa signee, scored 22 of her 24 points after the break as STAB found its stride and shook off that slow start.

“Shots weren’t falling for me in the first half, but I found other ways to get to the basket and distribute to my teammates,” Johnson said. “We really stepped up on defense and shut (Erin Woodson and Sam Smith) down. That was our main goal for the game so doing that helped us on offense.”

Zoe Burruss and Ary Branch each chipped in seven points to bolster the Saints’ effort.

The Saints will travel to take on Collegiate in another LIS showdown Friday. 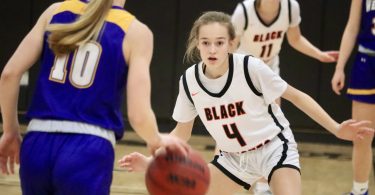 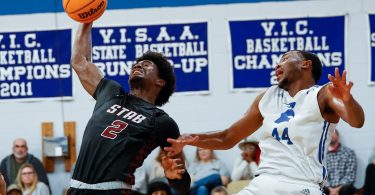 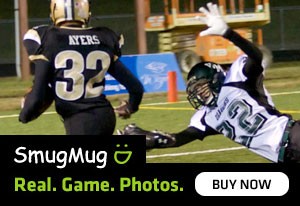